History of the Little Black Dress 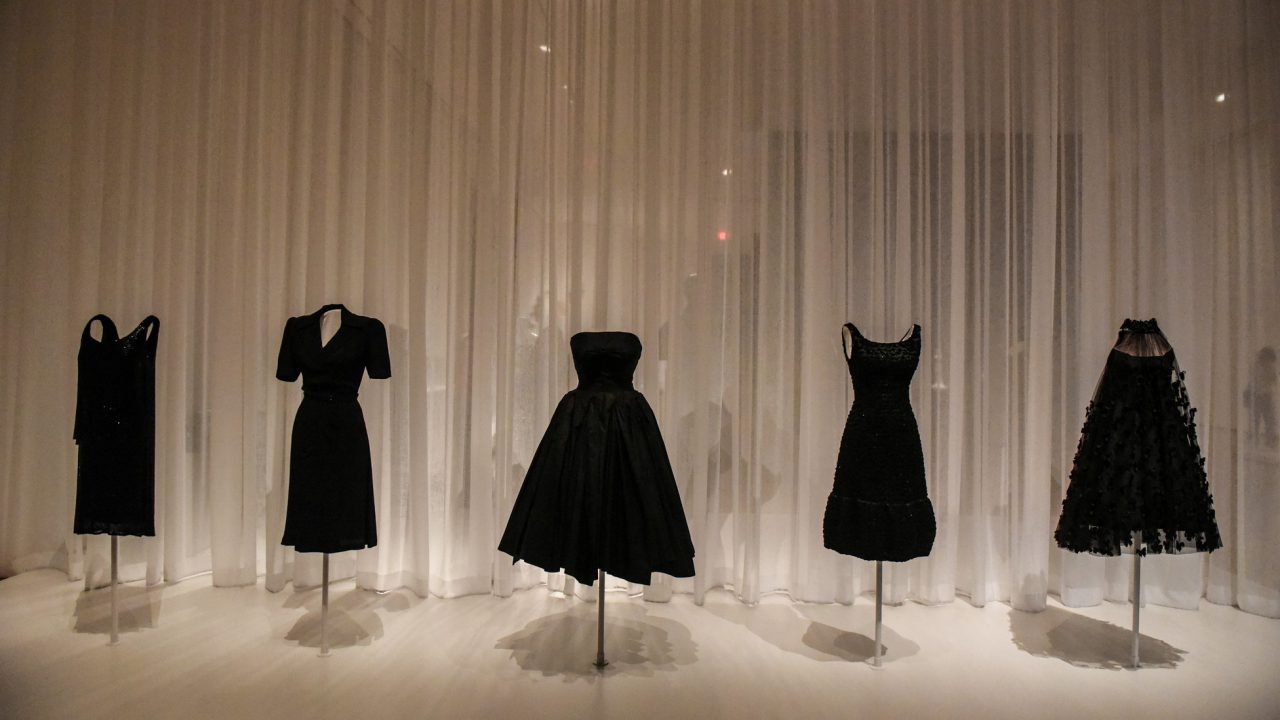 Made famous by Coco Chanel, the little black dress or ‘LBD’ is a classic and timeless fashion item that every woman should have in her wardrobe. We were curious to learn how it came to be, and did a deep dive on its history, and how the colour black’s role in the history of fashion.

A Time for Mourning

If you’ve seen a photo of Queen Victoria, you’ll probably notice she’s wearing a black dress. She actually wore the colour for half of her life, in a period of mourning after her husband Albert’s sudden death. With the Queen wearing black for 40 years, it became a social norm to wear black for a period after a loved one’s death. Despite class level or social status, black items were made available at all price points, and garments were dyed black if required.

The Roaring Twenties and the Depressing Thirties

It wasn’t until Coco Chanel, a famous French designer, put a plain black dress on the cover of Vogue in the mid-1920s, that black started to be a colour worn on a day-to-day basis. When the roaring twenties came to an end, the little black dress became a staple in both lower and high economic households during the Great Depression. The garment was inexpensive to create and affordable to purchase. Chanel herself said those who were not affluent could “walk around like millionaires”. The Little black dress was referred to as “Chanel’s Ford” because, like the Model T, the plain black dress was simple and accessible to every woman. And so, the iconic fashion-staple was born.

Throughout World War II the little black dress continued to be popular and worn by women across classes. Even with war rationing, black fabric was easy to come by, and worn as a work uniform. Post-war, designer Christian Dior introduced ‘the new look,’ an updated aesthetic that included shorter hemlines and cinched waists. This ‘sexier’ silhouette inspired Hollywood’s archetype of the ‘femme fatale,’ who still today, usually, wears a ‘sexy black dress.’

The black dress had another fashion moment, when it was featured as a Audrey Hepburn’s classic costume in the movie, Breakfast at Tiffany’s. Hepburn played Holly Golightly in this 1961 Hollywood classic, accessorized with a string of pearls and cigarette holder.  It’s often the first thing people picture when thinking of Audrey Hepburn, a classic look that inspires stylists and fashion lovers today.

Flash forward to the 1990s when the public was enamoured with Prince Charles and Princess Diana and their ‘fairy tale’ love story. While their marriage didn’t last, Princess Diana is recognized as a fashion icon who changed the minds of many of what royalty could be. In Diana’s most famous photographs, she’s often wearing a black dress, including a picture in the summer of 1994. The gown was daring and elegant; it is now known as the “revenge dress” in popular media. It was designed by Christina Stambolian who made a previous “safe” fashion choice into a daring statement piece.

← Prev: How to Care for 90s Trend Fabrics

The page you requested could not be found. Try refining your search, or use the navigation above to locate the post.